Background: the most relevant dates and facts

• Creation of the group.
• First concert in Spain.

• Turn Baraka on Catalonia and Spain, European countries such as Belgium, Italy, Germany and France.
• Baraka also travels to Mexico where the OAB offers several concerts in the International Festival Ollin Kan.
• The OAB get recognition resident orchestra at the L’Auditori de Barcelona.
• Concert Festival GREC.
• Turn the Box Diversons throughout Spain.
• Highlight the concert hall of L’Auditori with luxury guests as Lucretia, Omar Sosa and Omar Faruk.

• Continuing concerts Baraka.
• Creation of the educational show “Un Té a la Menta” commissioned by the Welfare Fund.
• This is also the year of writing and recording of Maktub (Harmonia Mundi).
• Participation OAB some of Catalonia’s most important music festivals: the Mercè and Portaferrada Festival (where he shared the stage with Salif Keita)
• Maktub is also presented in L’Auditori de Barcelona.

• Maktub tour around Spain, Catalonia, Europe and Africa.
• In September, the OAB will be invited to the official ceremony in celebration of National Day to play a song with Israeli singer Noa.
• In December of that same year OAB offers a spectacular concert with Omar Faruk at L’Auditori de Barcelona, ​​as it is programmed in
quality resident orchestra, tickets sold out one month before the date of the concert.

• The OAB combines his concert tour with the show “Un Té a la Menta”
• L’Auditori de Barcelona renew the residence of OAB.

• The year of composition, recording and presentation of the third album from the OAB: Libertad, Hurría (Harmonia Mundi). 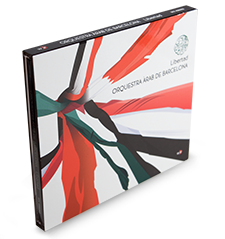